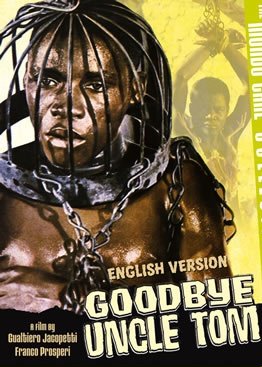 The film involves the aforementioned two travelling back in time to deep southern pre-Civil War America and examining the degrading conditions in which African slaves lived. They go to a dinner party where guests throw scraps of food to half-naked black children huddling under the table; a slave-ship fresh from Africa wherein the slavers talk about their stock as though they were animals; a slave training camp that gives the impression of a production-line; a brothel; a bounty hunter who specializes in hunting down and killing escaping slaves; and a bug-eyed scientist out to write a thesis holding that whites are inherently superior to blacks, among other things; all depicted in horrifyingly graphic, distressing and unbridled detail.

Upon the film's extremely limited grindhouse release in America, it caused massive walk-outs and almost started riots. On the directors' cut DVD of the film are some more scenes at the end of it that were cut when it was released; back in the present day, an unidentified Angry Black Man reading William Styron's The Confessions of Nat Turner and imagining the black uprising described within taking place in the present.

Beware, the film is not a pleasant experience. Now don't say you weren't warned...