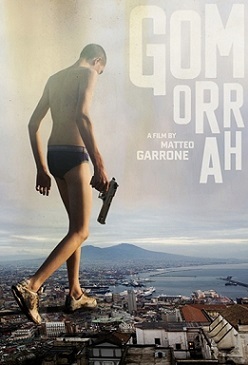 Gomorrah (Gomorra in Italian) is a 2008 Italian film directed by Matteo Garrone, based on the book by Roberto Saviano, who also collaborated on the screenplay. It deals with the Camorra (a traditional Mafia-esque criminal organization based in the southern Italian region of Campania, in and around the city of Naples), in particular, the Casalesi clan and their business.

The movie tells five stories of individuals who think they can make their own compact with Camorra.

Not to be confused with Gomorra, a 2014 television series loosely based on the same book, but unrelated to the film.