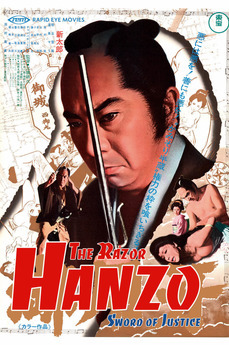 Hanzo the Razor is a trilogy of films based on Kazuo Koike's manga Goyokibe.

Hanzo Itami is a good cop in Edo Japan, foiling nefarious plots by corrupt officials. His greatest weapon in getting information is his other blade.

No relation to another person named Hanzo, nor the trope Hanlon's Razor.

Hanzo the Razor provides examples of the following tropes: