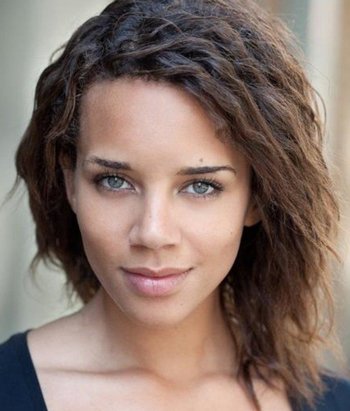 John-Kamen is best known for leading role as Dutch in the Science Fiction series Killjoys, which airs on Space in Canada and Syfy in the United States.

She's also appeared in other television shows, such as Cucumber (and its companion series Banana), Happy Valley, two episodes of Black Mirror ("Fifteen Million Merits" and "Playtest"), and Game of Thrones.

Outside of television, John-Kamen has also featured in film and theatre, including a small role as a First Order Officer in Star Wars: The Force Awakens, as well as the Spice Girls jukebox musical Viva Forever in the title role of Viva. While the production itself was widely panned by critics, she received good notices for her performance.

In 2018, she co-stars in a trio of high-profile projects: the Tomb Raider reboot, Steven Spielberg's Ready Player One, and the Marvel Cinematic Universe film Ant-Man and the Wasp.