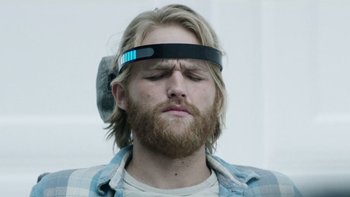 Cry out for your mommy.
Katie: It's important that you realize there is a small medical procedure involved.
Cooper: ...sorry, for a game?
Advertisement:

A young American man running away from a troubled home life to go adventuring across the world signs up for a highly experimental, full-immersion survival horror game that adapts and personalizes a horror experience based on your brain activity. When the horrors get too personal for his tastes however, his mind is pushed to its breaking point.

Starring Wyatt Russell as Cooper and Hannah John-Kamen as Sonja.