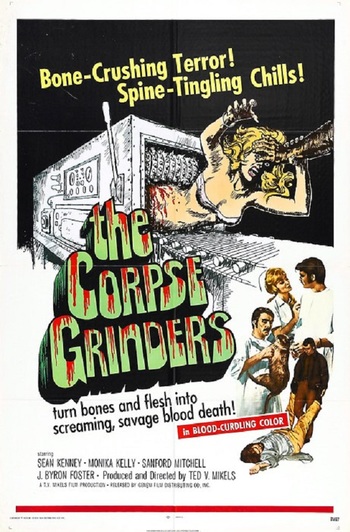 "Lotus Cat Food is people!" just does not have quite the same ring to it.
Advertisement:

The Corpse Grinders is a 1971 American horror film directed by Ted V. Mikels.

When the Lotus Cat Food Company finds itself in financial trouble, the owners decide to find a new, cheap source of meat — the local graveyard. Only one problem — soon cats develop a taste for human flesh, and kitties are now tearing out throats all over town. A veterinary doctor and his nurse become suspicious and begin to investigate.