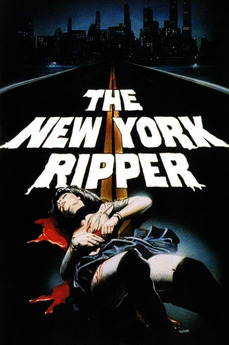 The New York Ripper (Italian: Lo squartatore di New York) is a Giallo Film released in 1982 directed by Lucio Fulci. The story consists of a burnt out detective and a psychiatrist investigating a series of vicious murders by a killer who speaks in a Donald Duck-esque voice.