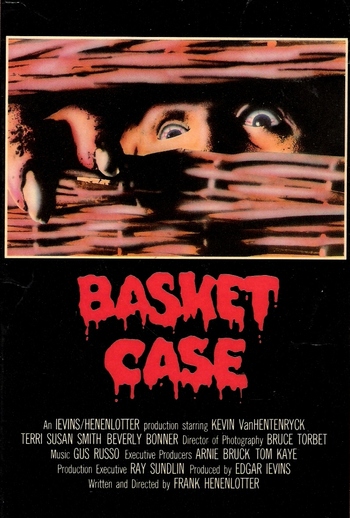 Young Duane is a nice young man from the country who has arrived to New York, carrying with him a big picnic basket. It actually contains his deformed separated Siamese twin brother, Belial, and they both want to get revenge on doctors who forcibly separated them as children, trying to kill Belial.

The first movie has examples of:

Basket Case 2 has examples of:

The Progeny has examples of: