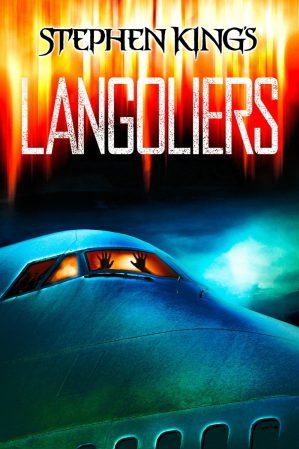 "Denver Center, this is American Pride Flight 29, do you read me? Over..."
"SHOOTING STARS ONLY."
— Arc Words
Advertisement:

Imagine waking up on a plane and discovering that it, along with some of its passengers, had traveled... somewhere else. A place with no other people, no other living things, a place where sounds are dulled, there are no odors, nothing seems to work, and even time seems to be winding down. And you don't know if you'll be able to get home. Welcome to the past. The cleanup crew will be here soon. Pray you aren't here when they arrive...

The Langoliers is a novella by Stephen King, published in the anthology Four Past Midnight in 1990. It tells the tale of a handful of passengers on a cross-country redeye flight who wake to discover that the flight crew and most of their fellow passengers have vanished. They are unable to contact ground control, and they see only darkness below them. After making an emergency landing in Bangor, they soon discover the chilling truth, and must find a way to escape the approaching sounds that may spell their doom while dealing with one of their fellow passengers, who is having a psychotic breakdown.

The Langoliers provides examples of the following tropes: