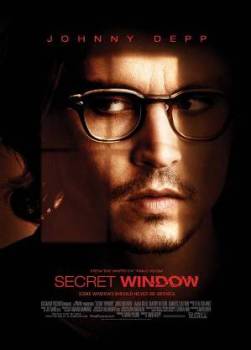 "You stole my story."
Advertisement:

Mystery writer Mort Rainey is severely depressed and in the middle of a divorce. He’s been holed up in his cabin for weeks when one morning John Shooter from Mississippi arrives and accuses Mort of plagiarizing his short story "Sowing Season". Shooter demands retribution. Mort insists he wrote his story first, but makes futile attempts to prove it. He finally tells Shooter he’ll send for a copy of the Ellery Queen magazine issue in which Mort's story was published, and this will prove his was written first. Shooter agrees this will settle the matter, but while Shooter waits for the magazine to arrive, people begin turning up dead.

Beware of spoilers! This movie has some major plot twists.

"I know I can do it," Todd Downey said, helping himself to another ear of corn from the steaming bowl. "I'm sure that in time, every bit of her will be gone and her death will be a mystery... even to me."
CHOMP