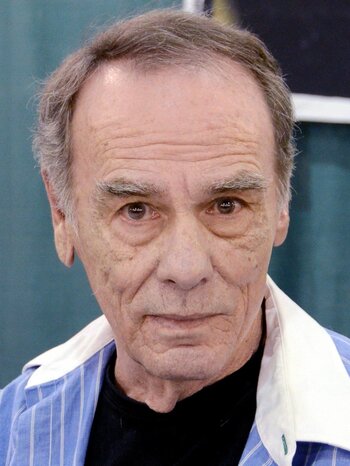 "I hate to admit it, but you can't do a role unless it's somewhere in your psyche. People don't realize how vast the subconscious is. It's like infinity."
Advertisement:

He started out as a child star, playing Colin Craven in the 1949 film adaptation of The Secret Garden and the title characters of The Boy with Green Hair and the 1950 film adaptation of Kim. As an adult, he was probably best known on TV as Admiral Al Calavicci on Quantum Leap and Brother John Cavil in Battlestar Galactica (2003), and in film for David Lynch's Dune and Blue Velvet where he memorably lip-synched to Roy Orbison's "In Dreams".