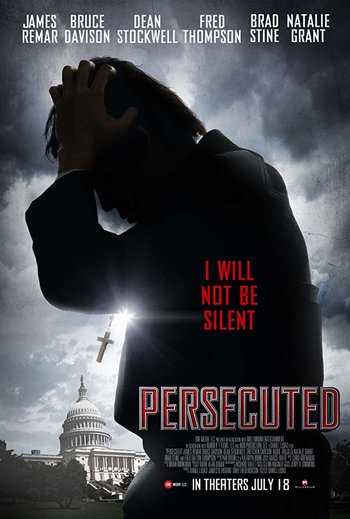 Persecuted is a 2014 religious/political thriller directed by Daniel Lusko.

John Luther (James Remar) is a popular evangelist with a dark past. He is approached by Senator Donald Harrison (Bruce Davison), who wants him to endorse The Faith and Fairness Act, a vaguely defined religious bill that will give all religions equal status (or something like that). When Luther refuses, Harrison starts a plan to discredit Luther and leave his ministry under new management. He has a hitman, Mr. Gray, knock Luther out, kill a runaway girl and frame Luther for her rape and murder, forcing Luther to go on the run in an attempt to clear his name with help from his father (Fred Thompson).