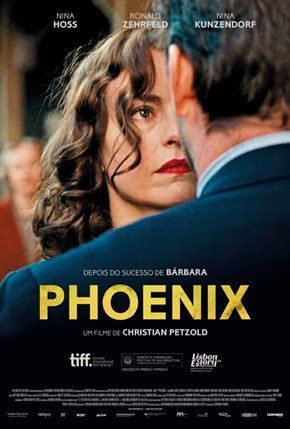 Phoenix is a 2014 German drama film directed by Christian Petzold.

In Germany, right after the end of World War II, Holocaust survivor Nelly Lenz goes through a facial reconstruction surgery after sustaining a bullet wound in the concentration camp. After the surgery she looks for her husband Johnny, a Gentile, whom she has not seen since the day she was arrested. She finds him, but he does not recognize her. However Johnny thinks that she resembles his "late" wife and suggests that she pass for her so he can collect her inheritance. Nelly, still in love with Johnny, goes along with this charade... up to a certain point.

Tropes displayed in this film: