Film / A Pigeon Sat on a Branch Reflecting on Existence 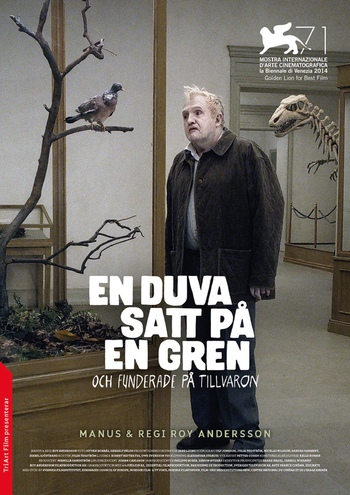 A Pigeon Sat on a Branch Reflecting on Existence (Original Swedish title: En duva satt på en gren och funderade på tillvaron) is a 2014 film by the Swedish maitre Roy Andersson which won him Leone d'Oro on the Venice film festival of the same year.

It is a freewheeling film mostly revolving around the misadventures of two roaming salesmen, Sam and Jonathan. However it is not limited to them.