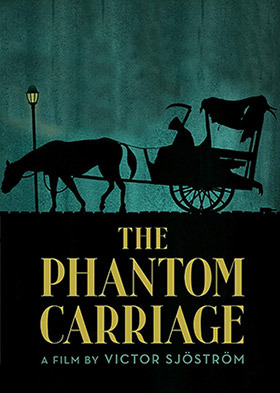 The Phantom Carriage (Swedish: Körkarlen, literally "The Wagoner") is a 1921 Swedish Silent Movie directed by and starring Victor Sjöström, alongside Hilda Borgström, Tore Svennberg and Astrid Holm. It is based on the novel Thy Soul Shall Bear Witness! (Körkarlen; 1912), by Nobel prize-winning Swedish author Selma Lagerlöf.

The story retells an old Swedish folk tale that states the last man to die just before the stroke of midnight on New Year's Eve is doomed to drive the Phantom Carriage for the following year collecting all of the spirits of the dead. When David Holm proves to be that man, he learns of the selfish life he has led and how it has impacted the people around him.