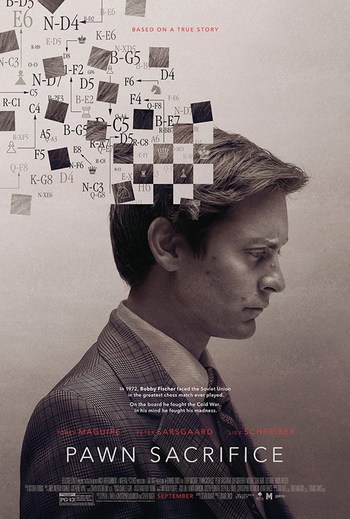 Being the best can be the worst.
"After only four moves there's more than 300 billion options to consider. There's more 40-move games than there are stars in the galaxy, so... it can take you very close to the edge."
— Father Lombardy
Advertisement:

The movie depicts the career of Bobby Fischer, a chess prodigy who rose to fame during the Cold War, specifically his attempts to defeat the world champion chess player of the time, Boris Spassky of the Soviet Union. At the same time, Fischer is struggling with increasing feelings of paranoia.