Film / Tucker: The Man and His Dream 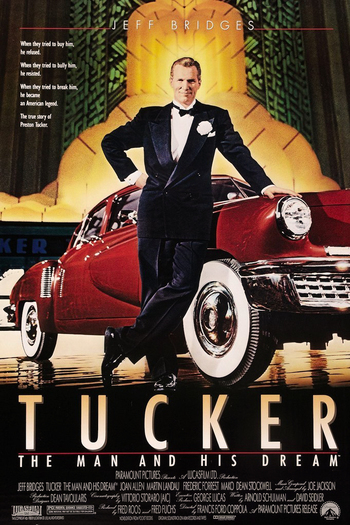 The film follows Tucker as he tries to launch his car company and produce the Tucker Torpedo, and gets investigated by the SEC for stock fraud and questionable fundraising.

Though well received by critics, it was a notorious box office bomb.