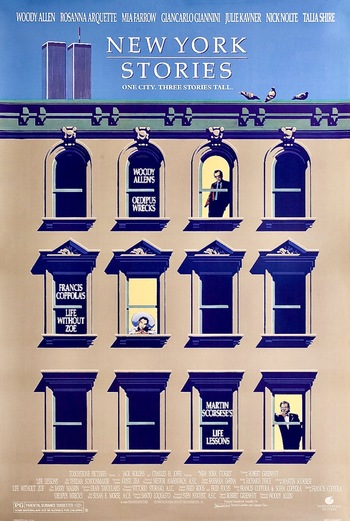 New York Stories is a 1989 Anthology Film; it consists of three shorts set in New York City, each directed by a prominent New York-based filmmaker.