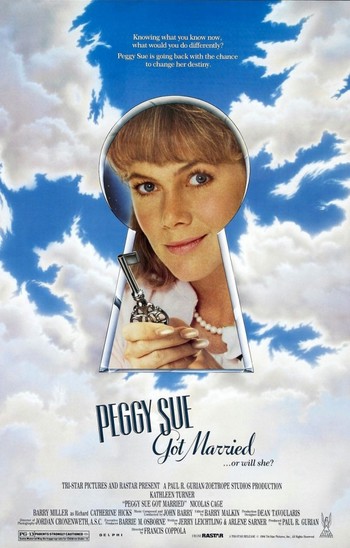 Peggy Sue Bodell (Turner) is a tired woman on the verge of a divorce from her husband Charlie (Cage). She married him at the end of high school when she got pregnant, and their relationship has been rocky ever since. She goes to her high school Class Reunion without him, and meets her old friends again. Peggy is nominated for the reunion's queen, but she faints on stage. When she wakes up, she's in 1960 and has just fainted after donating blood. Can she get back home? Or will she choose to try to start a new life and not get married?