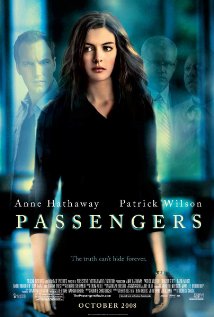 Claire (Anne Hathaway) is a grief counselor who's been assigned by her mentor, Perry (Andre Braugher), to conduct therapy for a handful of survivors from a plane crash. She quickly learns that some of the passengers remember an explosion that is at odds with the official explanation by the airline representative, Arkin (David Morse), who claims that it was a case of operator error. She's even more intrigued by one of the passengers, Eric (Patrick Wilson), who refuses therapy and seems to know things about Claire before meeting her. As she begins falling for Eric, the patients begin disappearing, one by one, leaving Claire to try to determine what's happening to her.

Not to be confused with the 2016 sci-fi film of the same name.