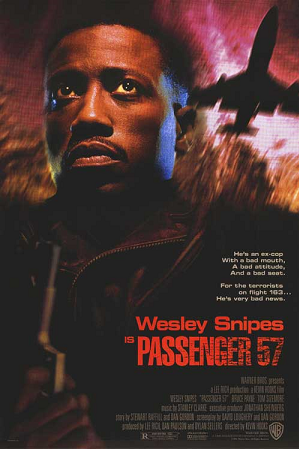 This film, directed by Kevin Hooks and released in 1992, was the vehicle that solidified Wesley Snipes' career as an action hero.

An infamous terrorist named Charles Rane (Bruce Payne) has evaded capture for a long time by being extremely clever and ruthless. Rane hijacks a commercial airline plane with a security specialist on board named John Cutter (Snipes). Now Cutter must fight back and stop Charles's "Rane of terror" amongst the passengers.