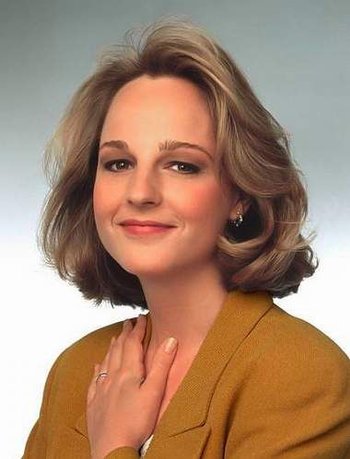 Helen Elizabeth Hunt (born June 15, 1963) is an American actress, director and screenwriter born in Culver City, California. She is the daughter of the late actor and casting director Gordon Hunt and the late photographer Jane Novis, and niece of the late director Peter H. Hunt.

Making her acting debut in 1972, Hunt rose to prominence with her role in Mad About You, for which she won four consecutive Emmy awards. During her film career, she won a Academy Award for the film As Good as It Gets. Some of her other notable films include Twister, Cast Away, What Women Want, Pay It Forward, and The Sessions, the last of which garnered her a second Academy Award nomination. She made her directorial debut in 2007 with Then She Found Me. Hunt has also won four Golden Globe Awards, and two Screen Actors Guild Awards.