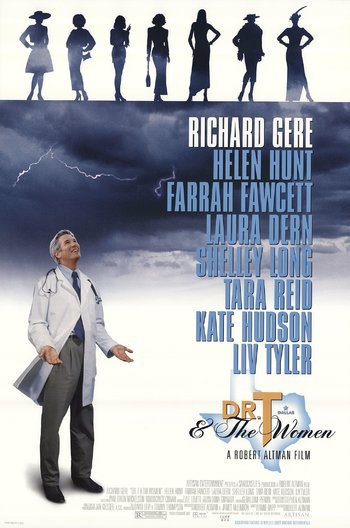 On the eve of his eldest daughter's wedding, wealthy Dallas gynecologist Dr. Sullivan Travis' (Gere) finds his life beginning to unravel as his beloved wife Kate (Fawcett) suddenly suffers a mental regression, behaving like a child. Meanwhile, bride-to-be Dee Dee (Hudson) is carrying on a secret affair with her maid of honor, Marilyn (Tyler), and Travis' youngest daughter Connie (Reid) is a conspiracy nut. Further compounding things is the arrival of Travis' alcoholic sister-in-law Peggy (Dern) and her three young daughters, who decide to move in, and Bree Davis (Hunt), a professional golfer who becomes Travis' lover.