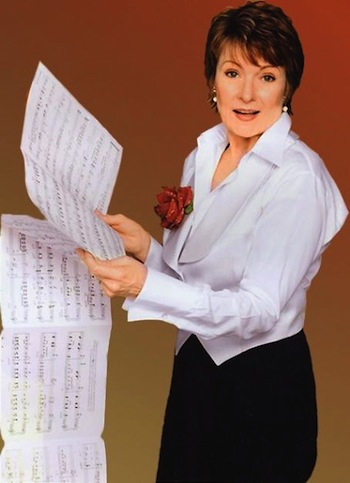 Betty Jean Ward (born September 16, 1944 in Wilmington, Delaware) is a prolific voice actress, singer, former Playboy Bunny (yes, really), and licensed aviator. She is best known for her work on Jana of the Jungle and her one-woman stage show, Stand-Up Opera. Her second husband, Gordon Hunt, was a voice recording director for Hanna-Barbera. Fans of 1980s cartoons remember her as Scarlett in the original series of G.I. Joe: A Real American Hero, one of a handful of shows that juxtaposed her with Michael Bell.