Western Animation / The Wizard of Oz 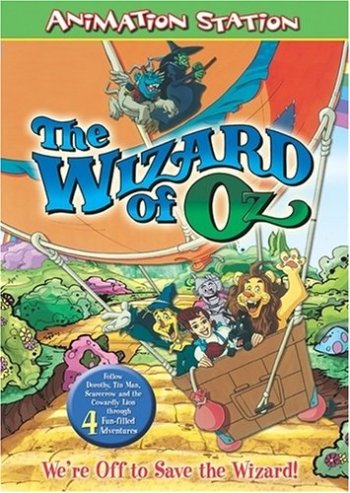 The Wizard Of Oz was a 1990s cartoon series produced by DiC Entertainment. Released around the 50th anniversary of the MGM movie, it was based on the movie as opposed to the books by L. Frank Baum. The series aired on ABC from September to December, 1990, with a total of 13 episodes, and did not get an ending before concluding.

Dorothy is summoned back to Oz by the Ruby Slippers because the Wicked Witch of the West has returned to life, brought back by her winged monkeys. The Witch wastes no time in seeking vengeance on those who defeated her. She steals the Scarecrow's diploma, the Tin Man's clock heart, and the Lion's medal of courage, sends the Wizard away in his balloon, then takes over the Emerald City. And, of course, she wants the Ruby Slippers most of all.

This DiC animation provides examples of: