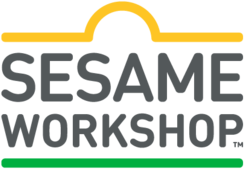 Sesame Workshop is an American non-profit organization which produces educational children's programs. Their most famous program is Sesame Street.

The company was founded in 1968 as the Children's Television Workshop (CTW). Joan Ganz Cooney, a television producer, and Lloyd Morriset, a foundation executive, thought of the idea of creating a company to produce Sesame Street, a television series intended to help children get ready for school. The Children's Television Workshop was that company, and Joan Ganz Cooney was named its first executive director. The company changed to its current name in 2000.

While in the past typically associated with PBS, in 1999, they made a deal with Nickelodeon to launch the children's channel Noggin. Sesame produced several of Noggin's shows, including Sponk! and Play With Me Sesame. The Workshop sold its stake in the Noggin channel in late 2002, but it continued to produce new Noggin shows (like The Upside Down Show in 2006). More recently, the company has become associated with Warner Bros. Discovery, beginning with the move of Sesame Street to HBO in the mid-2010s; the company has subsequently begun to produce more content for HBO Max and Cartoonito.