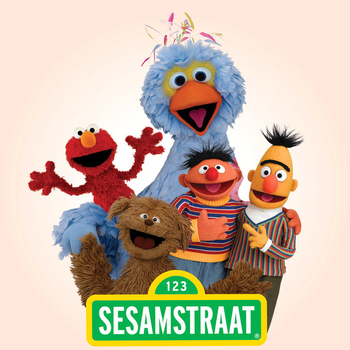 Sesamstraat is an adaptation of Sesame Street, based in the Netherlands. Having began its run in 1976, this Dutch co-production is one of the longest running adaptations of the show, second only to the German version, and by extension one of the longest continuously running Dutch television shows.

Compared to its original counterpart, Sesamstraat places more emphasis on the social development of young children rather than teaching them basic reading and mathematics. The reason behind this, is that, unlike in America, learning letters and numbers is a fundamental part of Dutch children's education.

This adaptation also features many Muppets from the original Sesame Street, including, but not limited to Bert and Ernie, Elmo, Kermit the Frog, Oscar, Count von Count and Cookie Monster.