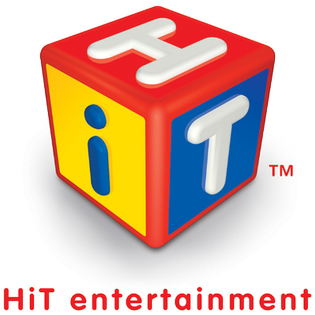 HiT Entertainment is a British-American entertainment distribution company originally founded by Jim Henson in London, England in 1982 as Henson International Television, with the intention to act as a distribution point for Henson's programs outside of North America after splitting off from ITC Entertainment following that company's troubles. However, as the result of Disney's failed attempt to buy Henson's assets in 1989, the company was bought out on October 1st of that year by co-founder Peter Orton, where it became independent from Henson's operations. In 1993, HiT launched its natural history division called HiT Wildlife (It was launched as Wild Media). Nowadays HiT Entertainment is mostly a producer and distributor of young children's programming.

Has their own TV network called JimJam, which is available on several Pay TV providers in parts of Europe, Far East Asia, and the Pacific. They used to have a feed of the network in South-East Asia, but it shut down in 2012.

In 2016, HiT was merged with Mattel's Playground Productions division to form Mattel Creations, which itself was rebranded as Mattel Television in 2019.