Series / The Not-Too-Late Show with Elmo 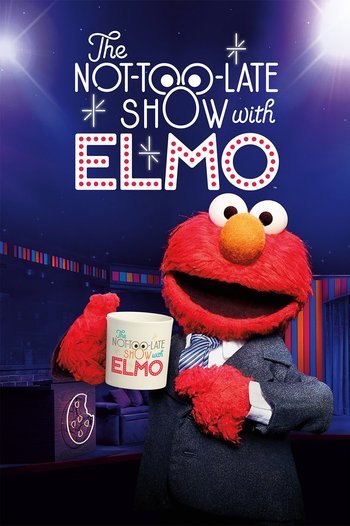 The Not-Too-Late Show with Elmo is a spin-off of Sesame Street developed exclusively for the HBO Max streaming service. The series debuted on the platform on May 27, 2020. The first three episodes were available at launch, with new episodes premiering weekly afterwards thru to the end of the first season. Each episode runs 15 minutes long. The show is as follows:

The series parodies the late night Talk Show format with Elmo as the host, chatting with guest stars before he goes to bed. Cookie Monster appears as a sidekick, and other Sesame Street characters make appearances working backstage on the show. Being a Sesame Street property, it's also an Edutainment Show, teaching young viewers how to get ready for bedtime.

The guest stars featured in the show include:

You can watch an episode

The Not-Too-Late Show with Elmo provides examples of: