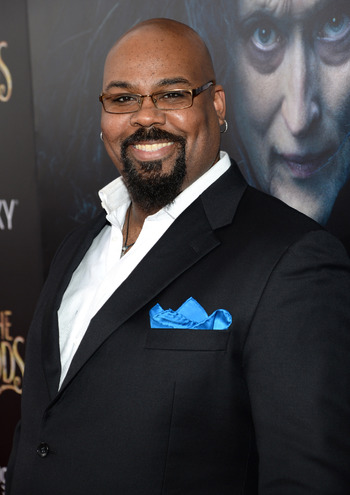 James Monroe Iglehart (born Septemner 4, 1974 in Hayward, California) is an American actor and singer. He is best known for his roles as the Genie in the Broadway production of Aladdin, Marquis de Lafayette and Thomas Jefferson in the 2017 Broadway production of Hamilton, and Lance Strongbow in Tangled: The Series.

He is also a writer for Marvel Comics.