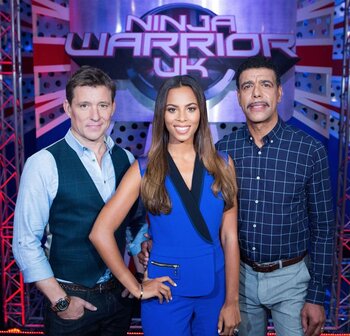 British version of SASKUE/American Ninja Warrior, that first aired on ITV in 2015. A second series has been announced.

A lot of tropes from the Japanese and American versions probably apply here too.