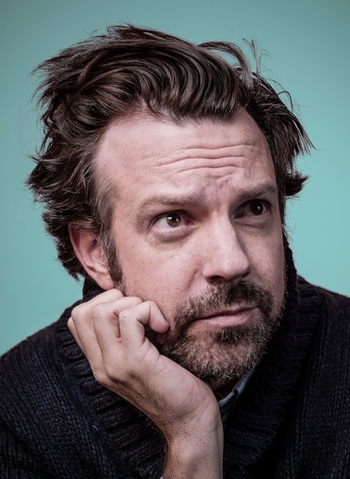 He's perhaps best known for his ten seasons as a cast member on NBC's Saturday Night Live, where he created characters like one half of the A-Holes, Vance the Dancer, and The Devil on Weekend Update, as well as doing impressions of Mitt Romney, Donald Trump and Joe Biden. He left after his tenth year on the show, making his tenure one of the longest in SNL history.

Outside of SNL, he's primarily appeared in R-rated comedies like Horrible Bosses and We're the Millers, as well as milder fare like Epic (2013) and Mother's Day.

He's also done lots of television outside SNL, holding roles on shows like 30 Rock , The Cleveland Show, and The Last Man on Earth, as well as lending his voice to various characters on The Cleveland Show. He also played the title role on FOX's animation/live-action comedy Son of Zorn, and gained numerous accolades playing the title character in the acclaimed Apple TV+ show Ted Lasso.

Cheers star George Wendt (who hosted SNL a few times in the 1980s and 1990s) is his maternal uncle (Wendt is his mother's younger brother), and he was previously engaged to Olivia Wilde, with whom he shares two children.