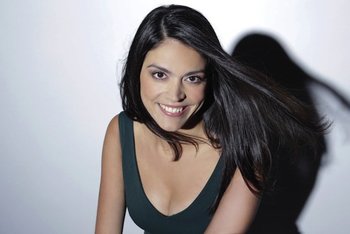 Cecily Legler Strong (born February 8, 1984 in Springfield, Illinois) is an American actress and comedian who has been a cast member on Saturday Night Live since 2012. She co-anchored SNL's Weekend Update from 2013 to 2014 and has become known for her celebrity impressions, including Melania Trump, Dianne Feinstein, Sarah Koenig, Stormy Daniels, Rachel Maddow, and, perhaps most famously, Jeanine Pirro. She also performed at the 2015 White House Correspondents Dinner and appeared in the 2016 reboot of Ghostbusters

She finally got her first starring role in 2021, alongside Keegan-Michael Key in Schmigadoon!.