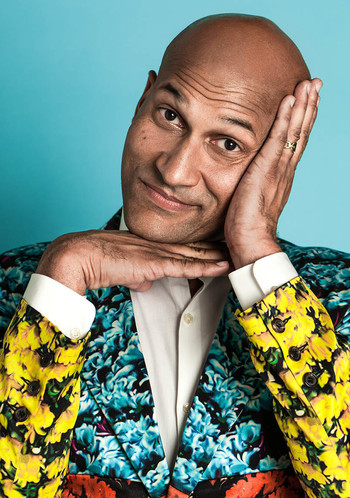 Key is perhaps best known as one-half of the comedy duo Key & Peele with Jordan Peele, whom he met while starring on the FOX late-night sketch comedy series Mad TV. Their own sketch series, also titled Key & Peele, ran on Comedy Central from 2012 to 2015. In 2016, Key and Peele starred in the comedy film Keanu, which they also produced.

He is also the biological half-brother of late comic book writer Dwayne McDuffie, with whom he shared a father. Neither Key nor McDuffie were aware of the other's existence in the latter's lifetime, and the former only learned of their relationship after his death.