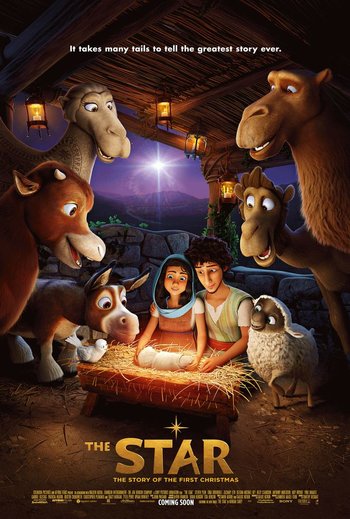 The film is a retelling of the Nativity of Jesus, as outlined in the New Testament in The Bible... except told in the perspective of the animals who accompany Mary and Joseph before and during Jesus' birth. The group of animals, led by a Donkey named Bo (Steven Yeun), become unlikely heroes as they embark on a journey to protect Mary and Joseph as they reach to Bethlehem.

. It is the first religious-themed animated film to be released to a wide audience since The Prince of Egypt.

The Star contains examples of: