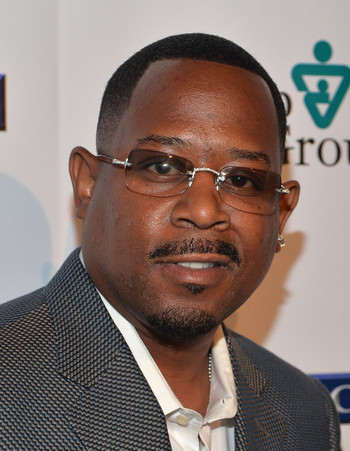 "I try to always step up to the plate, be professional, be good at what I'm doing and deliver on the character."
Advertisement:

Martin Fitzgerald Lawrence (Born April 16, 1965 in Frankfurt, Germany) is a German-born American actor and comedian. He began his career as a stand up comedian and gained notoriety in the 1990s after a successful run on Star Search. He has branched into acting, directing, producing and writing. However, he seems to be typecast quite a bit as most of his film roles are either as policemen, con artists, or in the case of Blue Streak - both.

Tyler explains how the game of pool is actually about white fear and black sexual prowess.

Example of:
Everything Is Racist

Tyler explains how the game of pool is actually about white fear and black sexual prowess.