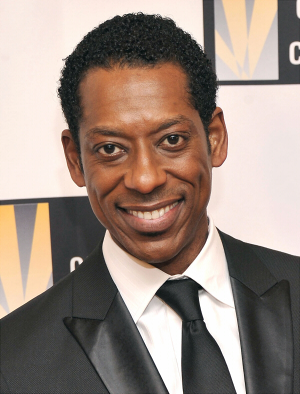 Orlando Jones (born April 10, 1968 in Toulminville, Alabama) is an American actor best known for being part of the original cast of MA Dtv. He has received attention for acting in hit TV show Sleepy Hollow and getting in quite friendly with the fandom on Twitter and Tumblr.

Tropes relating to his works include: