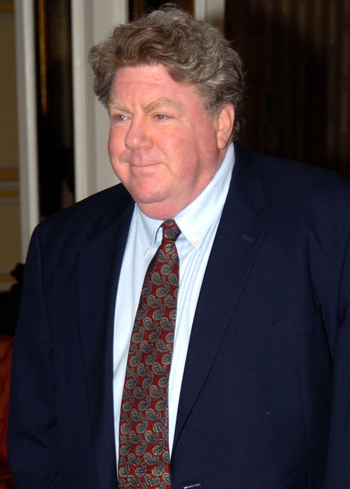 George Robert Wendt III (born October 17, 1948) is an American actor and comedian from Chicago, best known for his role as Norm Peterson on Cheers.

He is married to Bernadette Birkett and they have three children.

His grandfather is photographer Tom Howard and his nephew is actor/comedian Jason Sudeikis.