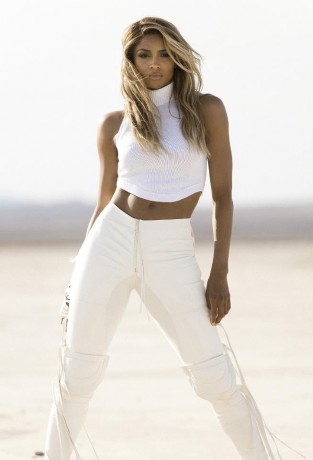 In 2004, Ciara released her debut studio album Goodies, which spawned three hit singles: "Goodies", "1, 2 Step", and "Oh". The album was certified triple platinum by the Recording Industry Association of America (RIAA), and earned her four nominations at the 48th Annual Grammy Awards. She released her second studio album, Ciara: The Evolution, in 2006 which spawned the hit singles "Get Up", "Promise", and "Like a Boy". The album reached number one in the US and was certified platinum.

Her third studio album, Fantasy Ride, released in 2009, was considerably less successful than Ciara's first two albums. However, it produced the worldwide top-ten hit "Love Sex Magic" featuring Justin Timberlake, which earned her a Grammy Award nomination for Best Pop Collaboration with Vocals. The following year, Ciara released her fourth studio album Basic Instinct, which was met with low sales and continued a downward trend in her commercial success. In 2011, Sony shut down her label Jive Records and transferred her to Epic Records, and released her self-titled fifth studio album, Ciara, in 2013 which was preceded by the US R&B/Hip-Hop top-ten hit "Body Party".

Outside of music, she's also notable as the wife of current Denver Broncos quarterback Russell Wilson. The couple also became minority owners of Seattle Sounders FC of Major League Soccer in August 2019. The two of them have two children and she has an older son from a relationship with rapper Future.