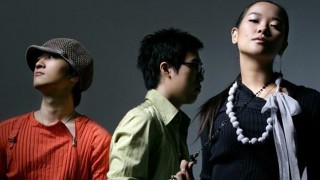 Clazziquai Project, also known as Clazziquai, is a South Korean electronica band formed in 2001 and known for their acid jazznote a cross of jazz with funk, soul, hip-hop, disco, etc. sound, which also incorporates influences from house and downtempo. They have won an award at the MNET KM Music Video Festival for Best Soundtrack, and has also been the most nominated group at the Korean Popular Music Awards II.

The band consists of three people: Alex Chu (known simply as Alex), Choi Soo-jin (who goes by her stage name Horan), and Kim Sung-hoon (who goes by his stage name DJ Clazzi). Alex and Horan specialize in vocals, more often than not doing duets, while Clazzi leads the band and handles the production.

Their songs range from upbeat techno ("Flea", "Freedom") to plaintive ballads ("Novabossa", "Last Tango") to some form of middle ground, combining both electronica elements with feel-good lovey-dovey lyrics (many of their songs). Despite most of their lyrics being in Korean, there's no language barrier to be found with their music; additionally, they are known to sprinkle lots of Gratuitous English in there.

Their music has been used in many television commercials, shows, and films, with one of the most notable examples being that their songs "Be My Love" and "She Is" were used as the opening and closing theme songs for the Korean TV show My Lovely Sam-soon.