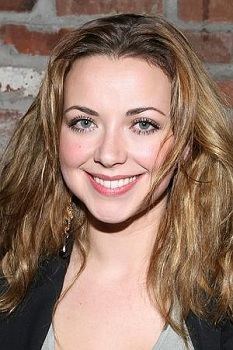 Charlotte Maria Church (born 21 February 1986) is a Welsh singer and television presenter. As a young teenager she achieved worldwide fame as a classical singer. Her debut album Voice of an Angel released in 1998 was an enormous hit and Church became the youngest artist ever to reach a No. 1 album on the British classical crossover charts. Over the following few years she released three more original albums and a "best of" collection before retiring as a classical singer, still only in her teens.

Church took a radical departure from her past with a turn towards sassy pop music (with her 2005 album Tissues and Issues) and in 2006 a self titled Talk Show. In her later teens Church had already emerged via interviews as very much a Lad-ette - cheeky, foul mouthed, raunchy and witty and her show embraced this persona, often leading to controversy. The Charlotte Church Show ran for three series between 2006 and 2008. Church has also presented Have I Got News for You (and at the then age of 17 was the youngest ever panellist on the show).

Her most recent album, Back to Scratch was released in 2010 to positive reviews. While Tissues and Issues had dealt with teen rebellion and growing up Back to Scratch was a more mature affair dealing with the now adult Church and her rocky personal life; she had become a mother and gone through a divorce in the interim five years.

After her phone was hacked by tabloid newspaper journalists, she gave testimony at the ensuing public inquiry, and that plus the re-election of the UK Conservative government seems to have politicised her; she's become very informed and vocal about social injustice, and unfortunately for her critics, a lifetime of not being taken seriously has given her an extremely thick skin. Her performance at 2016's All Tomorrow's Parties festival (to which she was invited by its curator, Stewart Lee) is widely agreed to have saved the festival