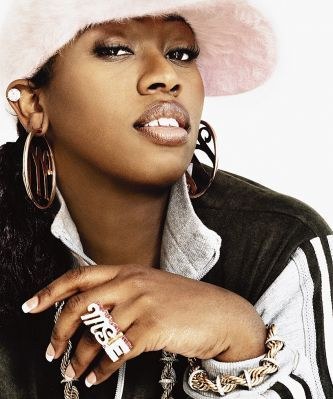 If you a fly gal / Get your nails done / Get a pedicure / Get your hair did.
Advertisement:

Melissa "Missy" Arnette Elliott (born July 1, 1971) is an American rapper, songwriter and producer. She is best known for her work in the early 2000s, with songs such as "Get Ur Freak On" and "Lose Control".

She is quite arguably the most successful female solo rapper in history and is credited with, in many ways, giving women a voice in the notoriously male-centric hip-hop genre. Her 1997 album Supa Dupa Fly, her 2001 album Miss E...So Addictive and her 2002 album Under Construction are seen as some of the greatest female-fronted rap albums in history.