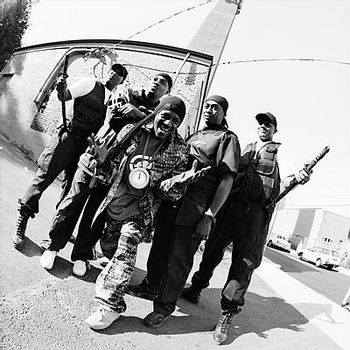 In 1986, the founder of Def Jam Recordings, Rick Rubin, in cooperation with Bill Stephney, signed an MC named Carlton "Chuck D" Ridenhour to his label. Said MC came up with a plan, that involved combining politically charged lyrics with hard-hitting productions. To that end, he formed Public Enemy with his two friends, hype-man William "Flavor Flav" Drayton and DJ Norman "Terminator X" Rogers, with the production crew known as the Bomb Squad (Hank Shocklee, Keith Shocklee, and Eric Sadler) to produce their albums. The result is one of the most highly regarded hip-hop groups of all time.

The hallmarks of Public Enemy's style are the interplay between Chuck D's sociopolitical diatribes (delivered in a booming, large hammy voice) and Flavor Flav's comic relief humour (high-pitched squealing) and The Bomb Squad's dense, innovative productions, incorporating many samples at once, and even harsh, unmusical sounds.

Their first three albums often appear on lists of the best hip-hop albums of all time.

Yo! Bum Rush the Tropes:

Fifty-three brothers on the run... and we are gone!