Music / Fear of a Black Planet 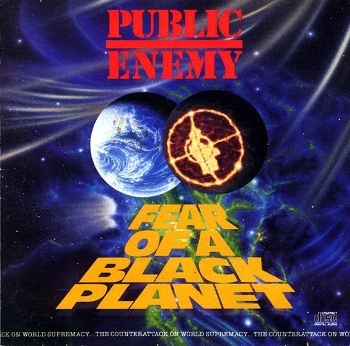 Fear of a Black Planet is Public Enemy's third album, released in 1990. It was a New Sound Album where the band explored themes of African-American and black political and social awareness and organizing themselves against institutional racism. Praised for its depth and a sonic soundscape made of literally hundreds of different samples, it has been named one of their masterpieces, certainly in terms of ambitiousness. Hits are "Fight The Power", "Welcome To The Terrordome", "911 Is A Joke", "Brothers Gonna Work It Out" and "Can't Do Nuttin' For Ya Man".

In 2005 it was added to the National Recording Registry for its "historical, cultural and aesthetical value".