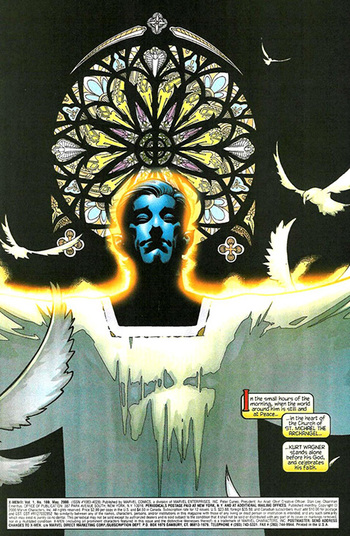 Be it demons, vampires, werewolves, or what have you, some species of creatures have been viewed as malevolent, particularly by those belonging to an Abrahamic religion (e.g. Christianity). However, some members of these species are actively going against said stereotype: they have a healthy respect for God, and they may even follow His teachings more than the humans around them, even those who share their goals in some way, shape or form. Even if they're villains, they can still believe in and worship God.