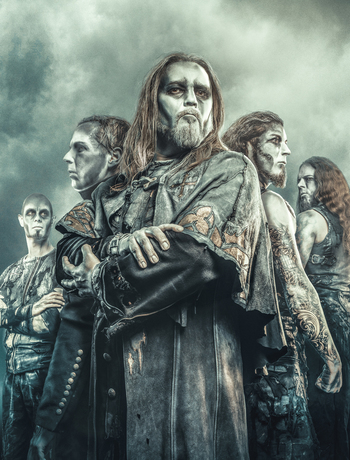 Powerwolf is a German power metal band formed in 2003. Their gimmick is mixing tropes traditionally associated with Catholicism and the Catholic priesthood with Vampires and Werewolves, creating a vision of a world where the Priesthood is run by an army of undead.