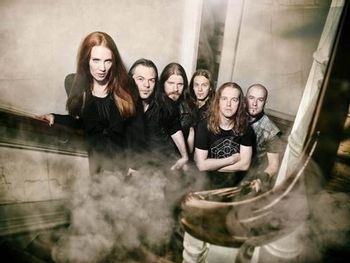 Epica is a Dutch band that straddles several genres depending on which particular song they are playing at any given moment, from Symphonic Metal to Power Metal, from Gothic Metal to Progressive Metal and even stepping into the territory of Death Metal from time to time. They began playing as Epica (a name taken from a Kamelot album) in 2003, before that they were known as Sahara Dust before gaining the talents of Simone in 2003 and changing their name to Epica. The band are still going strong and are onto their eighth album, Omega, which was released in February 2021.

Similar bands include: After Forever, Nightwish, and Within Temptation.

We will trope you with us.