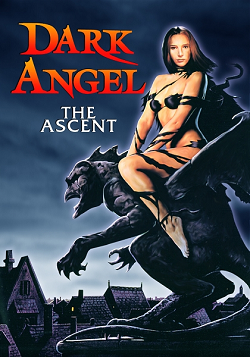 Dark Angel: The Ascent is a 1994 supernatural romance movie.

Veronica is a young demoness with a rebellious attitude. After her father tries to kill her, Veronica's friend shows her a way to ascend to the Earth above. Veronica tries to rid the mortal world of sinners as she falls in love with a human.

No relation to the TV series Dark Angel.