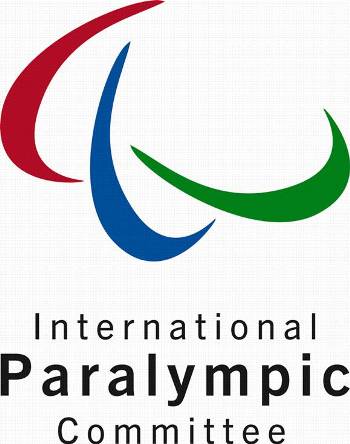 Spirit in Motion
"The sport you witness here will change you. Not just for now, but forever."
—Sir Philip Craven, during the Opening Ceremonies of the 2014 Winter Paralympics

The Paralympic Games are an independent, but officially endorsed Spin-Off of the Olympic Games for extraordinary athletes who just so happen to have disabilities; and here, that's something to be embraced. They are traditionally held a few weeks following the conclusion of the Summer or Winter Olympic Games (which gives organizers ample time to make any necessary adjustments to the venues for Paralympic sports, and of course, replace all the Olympic livery with often similar Paralympic livery), and have historically been the smaller underdog to the Olympics.

However, what the Paralympics lose in size, they gain back with inspiring stories, an overall feel-good atmosphere, and the locals getting what is essentially the official after-party for the Games that only just ended (especially for those who couldn't afford to, or even manage to get tickets for the Olympics; in 2016, the lowest ticket price was just US$3.) Although the Olympics have always been a tough act to follow, the Paralympics have grown significantly since they were first held (per canon) in 1960; the 2012 Summer Paralympics in London were the first Paralympics to bring greater media attention (except from NBC, as usual), and an unprecedented demand for tickets. Oh, and Stephen Hawking and Coldplay even headlined the opening and closing ceremonies too, respectively.

Owing to their influence, the structure and protocol of the Paralympics are modeled after that of the Olympics — there's still a torch relay, there's still medals, and they also share many of the same events. There are also Paralympics-specific events, such as wheelchair rugby (a.k.a. Murderball), Goalball (a handball-styled game for the blind—there are bells in the ball to help the players find it), Para ice hockey (also known as sledge hockey; a variation of ice hockey in which players are seated on sleds), powerlifting, 5-a-side and 7-a-side Football (Downsized association football for the blind, and those with neurological disorders such as cerebral palsy respectively), wheelchair racing (of course! It's part of the track and field events), and the Bocce-esque game Boccia. There is also significant continuity behind the scenes as well; since at least 1988, the Paralympics typically share their organizing committee, infrastructure and venues with their corresponding Olympics.

While originally open to wheelchair athletes only (with a particular emphasis on veterans of World War II), they have since expanded to include events for all many different disabilities—but most prominently the blind, those suffering from cerebral palsy, and the intellectually disabled. To provide a level playing field, athletes are given classes based off their type and level of disability, and compete in competitions specific to each class: for instance in athletics, classes T42 to T47 deal with those who have amputated limbs (T42 to T44 for leg amputations and T45 to T47 for arm amputations), while T11-13 deal with differing levels of blindness.

The Paralympics have their origins in the Stoke Mandeville Games; it was an archery competition organized by Dr. Ludwig Guttmann and held in, well, Stoke Mandeville Hospital (a facility in England that deals with spinal cord injuries). The athletes were World War II veterans confined to wheelchairs, and they were held on the first day of the 1948 Olympics in London. However, Guttman had more ambitious plans: he wanted to create a parallel to the Olympics for the disabled. His progress was being noticed: in 1952 the Netherlands became the first international team to compete (becoming the International Stoke Mandeville Games), and the IOC honoured Guttmann with an award for his "meritorious achievement in service to the Olympic movement" in 1956.

Guttmann's dream became reality in 1960 when the International Stoke Mandeville Games were held in Rome following their 1960 Summer Olympics; the first to be held in parallel with the Olympics. 400 athletes from 23 countries competed in 8 sports at the 1960 Games (which were still wheelchair-only, however); while still small by Olympic standards (so small that every athlete was guaranteed a medal), it was still a major achievement. Following Rome, the I.S.M.G. would be held every four years, and organizers also tried to hold them in the same cities as the Olympics as well. Emphasis on the word "tried"; while Tokyo embraced the concept, Mexico City, eh, not so much. It wasn't until Seoul 1988 that the Games finally shared hosts with the Olympics again. In 1976, the (ahem) "Winter Olympic Games for the Disabled" were first held as well, and the Games also began adding other disability categories beyond just wheelchairs, such as the visually impaired and amputees.

In 1984, the International Olympic Committee made the term "Paralympics" (referring to an event held in parallel with the Olympics) a canon name for the events, and retconned every International Stoke Mandeville Games since 1960 (both summer and winter) as being Paralympic Games. The IOC also began to be a major partner in the organization of the newly-named Paralympics; the 1988 Summer Paralympics in Seoul were organized in cooperation between the IOC and ICC, Games which now hosted a total of 732 athletes in 16 sports. Since this cooperation began, the Paralympics have been held in the same cities as the Olympics (and beginning in 2000, incorporation of the Paralympics became an official requirement for future Olympic bids).

The Games so far

The Paralympics provide examples of: