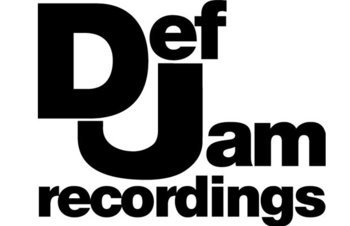 Def Jam Recordings is an American record label, founded in 1984 by Rick Rubin and Russell Simmons. It was later purchased by Universal Music Group, and in 1998, was merged with Island Records and Mercury Records to form the Island Def Jam Music Group (which absorbed Motown in 2011). Island Def Jam was dissolved in 2014, with Def Jam reverting back to its own label. Nowadays, it focuses primarily on hip-hop and urban music.

In addition to music production, they were also behind the Def Jam Series of video games.

Their only relation to Def Leppard is that Rick Rubin asked Leppard’s singer Joe Elliot for permission to use the name “Def”. Joe, thinking that this record label would get nowhere, agreed - something which he regrets to this day.

Notable artists, past and present, with TV Tropes pages: